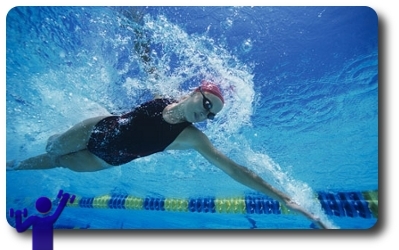 The coach is an important person with his or her ability to observe and make subjective assessments of performance. But there is also a need to have objective measurements, being more valuable in giving some dimension to the result, e.g. time, distance, score (McLatchie 1993). The physiological tests are designed to follow the swimmer's physical capabilities, improvements achieved, and to assist in planning the training program (Costill, Maglischo and Richardson 1992). Total fitness consists of strength, speed, flexibility and endurance, and all of these aspects should be evaluated.

The following points should be considered before assessing fitness:

The normally constant environment the swimmer trains in and the high degree of control that the coach has over the volume and intensity of training workloads, makes swimming an excellent model for applying information gained from physiological assessments (Draper et al. 1991). Information gained from testing during sub-maximal and maximal modes provides critical details for the coach to determine training loads and monitor performance improvements (Australian Swimming Inc. 1996).

The characteristics of a highly-trained swimmer are of high power and endurance. Endurance is related to the power and capacity of the aerobic energy system. This can be assessed indirectly with a graded incremental swimming test (7 × 200m step test). Power is a product of strength and speed. The use of a maximal effort 25m performance test (2 × 25m speed test) is applicable for power measurement. Muscular power may be defined as the power and capacity of the two anaerobic energy systems (ATP-PC and lactate energy systems). Speed and endurance can be estimated together in a 6 × 50m test.

Swimming is a very technical sport, and assessing the technique or stroke mechanics is important. A 7 × 50m incremental test, where stroke mechanics can be assessed from sub-maximal to maximal speeds has been suggested.

These four physiological tests have been suggested by the Australian Swimming Inc. to be performed by every swimmer. There exist several modes of testing a swimmers' fitness. Other tests that can be applied are blood testing, anthropometry, heart rate measurements, start test, turn speed test, strength tests, vertical jump test and subjective rating of effort. Three physiological tests of swimmers - one aerobic, one anaerobic and one ATP-PC test, will be described in detail later. A short description of stroke mechanics measurements will also be included (Australian Swimming Inc. 1996; Costill,Maglischo and Richardson 1992; Draper et al. 1991).

Australian Swimming Inc. 1996 is the reference for the following part.

A standardised pre-test preparation is necessary to obtain reliable and valid data. Consideration of the following factors should be made:

The aim of this test is to assess the aerobic or endurance fitness of the swimmer. Cardiovascular (heart rate) and metabolic (blood lactate) responses to increasing speeds of swimming are measured. Improvements in fitness are indicated by characteristic changes in the heart rate-velocity and lactate-velocity relationships. This has two purposes, for the prescription of training speeds and for longitudinal monitoring of changes in aerobic fitness with training. In swimming the basic interval in the various aerobic tests normally range from 100 to 400m. The longer intervals such as 300 and 400m are more likely to achieve a physiological "steady state". Intervals of 100 and 200m are more specific to the training and competitive requirements of swimmers. The 200m interval is a compromise involving both steady state achievement and speeds specific to competition levels.

Swimmers undertake a series of seven even paced 200m swims in their specialist stroke. This is performed in a five minute cycle, where the swims are graded from easy to maximal. Target times are calculated in advance and then discussed with the swimmer, coaching and testing staff. Guidelines for calculating times is as follows:

Analysis of test results should be made on a individual basis, indicated by gender and event specificity. The physiological demands also vary between each of the four strokes and within the individual medley event. Age, training background, immediate training history, injury and motivation are points justifying an individual interpretation as well.

Practically, the following aspects may assist in the interpretation of test results:

Figure 2 shows the lactate-velocity relationship derived from the 7 × 200 step test. Computer-based analysis is used to indicate the speed at which the anaerobic threshold occurs (Australian Swimming Inc. 1996).

This test assesses the ability of the swimmer to sustain near race speed over 6 × 50m intervals. It is a frequently used test in order to determine "race readiness" and as final preparation prior to competition. Indirectly, this test gives an estimation of the power and capacity of the anaerobic glycolysis system, which is the major contributor of ATP during maximal effort exercise of 1-3 minutes in duration.

Interpretation of test results should be made on an individual basis, and compared to previous results and personal bests in the 200 and 400m events. Individual results can be compared to the group mean and range taking into account factors such as age, sex, event, distance and immediate training history.

The purpose of this test is to determine maximal swimming speed over 25m from a dive start and coaches use it to assess the maximal speed of a swimmer. Given the maximal intensity, but brief duration, of this test (11-15 seconds) it is assumed that performance is mostly dependent upon the ATP-PC energy system. The protocol for this test is 2 × 25m maximal effort swims.

Swimmers should use their preferred stroke, while individual medley swimmers should use butterfly (the lead-off stroke). A 25m long pool is neccessary for this test, and electronic timing is preferable. As part of the warm-up a number of dive starts and short sprints should be undertaken.

The individual test results should be compared to the group mean and range taking into account the following factors: age, sex, event, distance and immediate training history. But the most valid comparison is made comparing this test's results with previous results.

Swimming is a technically demanding sport and much training time is devoted to refinement of a swimming technique. A series of 7 × 50m swims of progressivly increasing speed is used to establish relationships between swimming velocity( V), stroke rate (SR) and distance per stroke (DPS). This is calculated as following:

This test gives a qualitative analysis of stroke mechanics during a series of progressively faster swims. Good technique should be maintained both at slow and fast swims.