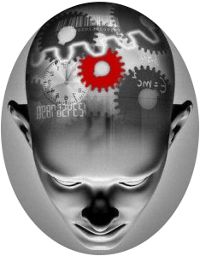 The aim of technical preparation is to create and improve sports skills. Each sports skill has a given way of solving a motor task (contents of a sports skill) in accordance with the rules of a given sport, biomechanical rules and locomotive possibilities of the athlete which are referred to as technique. Specific individual adjustment of technique by an athlete is referred to as style.

The process of learning motor skills is based on theoretical findings on motor learning.

Accomplishing the aim is conditioned by:

The process of learning is not linear and even; it is a long-term process unlimited by time.

In practice, the following stages appear:

All information is integrated in a single unit of complex locomotive analyzer which is sport specific. Firming and improving is carried out through sophisticated repetitions of relevant exercises which lead towards automation. This stage continues to improve mainly kinematic (time and space) and dymanic (strength) parameters of motion structures. Techique should be gradually interconnected with its fitness basis and energy supply.

The main aim of this stage of technical preparation is final technique firming and stabilization.

The substance of stabilizing technique in this stage lies in automation of relevant structures and actions of skills structures and their continuous adjusting to competition conditions.

Implementing tactical actions is carried out on the following axis:

Tactics is being solved within competition situations which are characterized by conditions.

We can differentiate between two types of conditions:

Tactical skills are understood as certain procedures or models of competition situations solutions acquired by training.

When creating strategy plan, pay attention to the following:

Solving practical situations is based on the level of preparation during training and the extent of their indefiniteness (i.e. they cannot be prepared in advance)

The aim of psychological preparation is to make use of psychological findings to increase efficiency of other sports training components and, within competition, fix efficiency at the level equal to acquired training level. In other words, it attempts to minimize effects of negative mental influences and at the same time positively influences the athletes’ psyche in order to reach high sports efficiency.

The approach of psychological preparation deals with:

The starting point of model training is theoretical knowledge of adaptation process from the point of view of psychology. Adaptation stimuli are represented by situational influences which negatively influence the athlete’s activity with their psychogenic effects.

What follows is that it is necessary to include competition situations “models” into training. Coach is required to be inventive, creative, like an actor or director, and able to convicingly influence his trainees who on the other hand must cooperate during model training by accepting the rules of the model. An example of model training can be repeated finish of set endings in volleyball under mental pressure when the score is unfavourable.

Current mental states can be divided into pre-start, competition and post-competition.

Pre-start states – they appear when the athlete realizes he/she participates in an important competition. These states gradually melt into in-competition states.

Post-competition states – the are evoked by subjective assessment of the course of competition and can last for several hours. The starting point for regulating such states are findings on activation level of athletes .

According to level of activation and its direction:

Means of regulations can be divided into for groups following their aim:

Particular means selection is a specific, to a certain extent individual matter.

In a sports team, there are two basic types of relationships among athletes: competition and cooperation. Both of these must be present in the team in an optimum degree. If competition overwhelms cooperation, there is rivalry in the team which affects cooperation (the trouble of several individualities). High level of cooperation without competition usually leads to general benevolence which results in missing motivation.